The Oberstown year in review

As we prepare our final Oberstown newsletter of the year, it is an apt time to reflect on the huge amount of positive achievements, and indeed events, that took place in Oberstown during 2018.

Kicking off the year on a healthy note, in January, staff participated in an Oberstown ‘Operation Transformation’. Also during January, a CISM training video was produced onsite and is used as part of a suite of tools to showcase the positive benefits of peer support. During February, a second round of peer supporters were conferred on-site in Oberstown, bringing the total of peer support workers to more than 40. In March, the Minister for Children and Youth Affairs, Katherine Zaponne, visited Oberstown and sat down with six young people to hear about their lives in detention. Young people discussed a wide variety of topics with the Minister, including their own initiatives for raising money for charity. 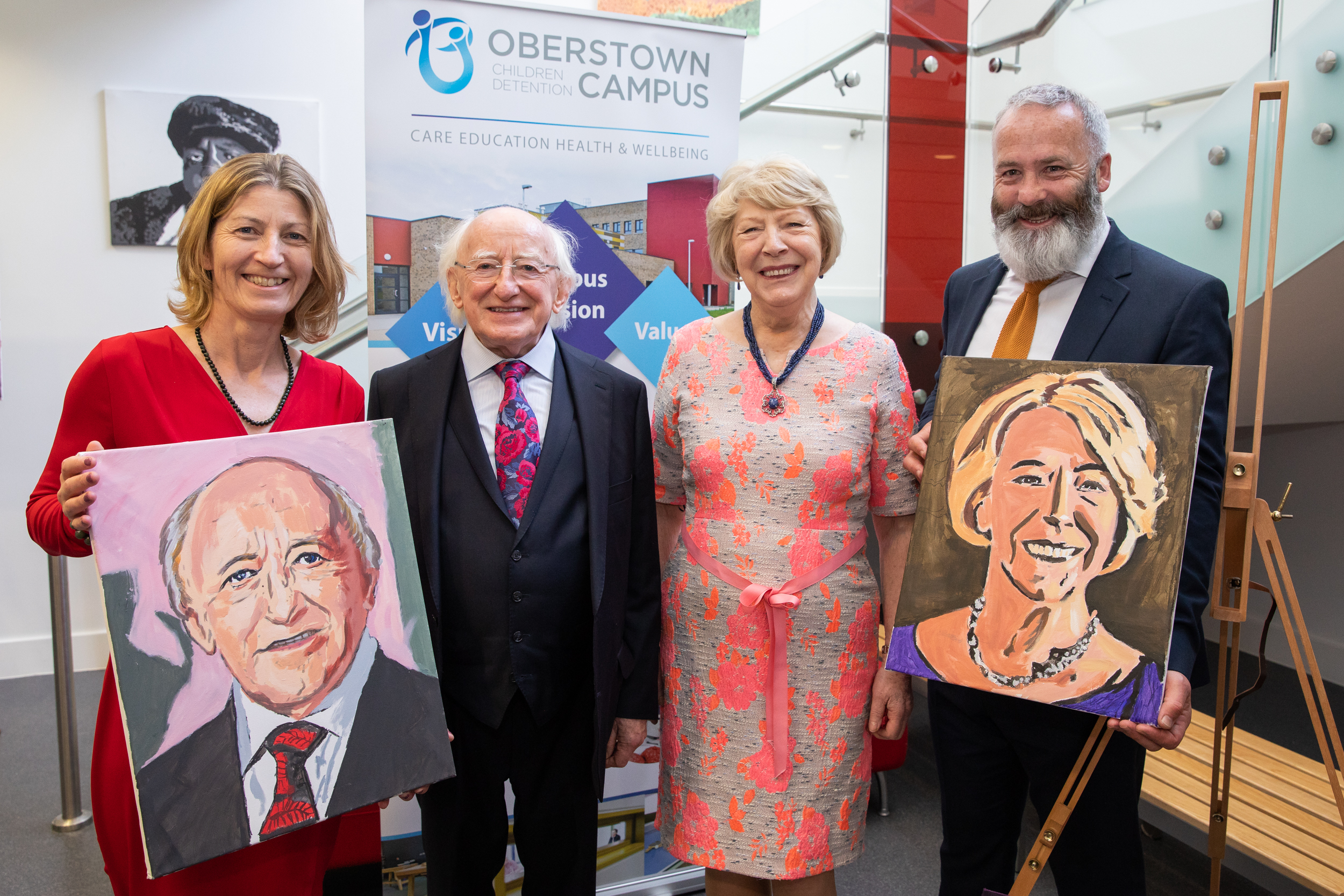 During August and September, Oberstown began rolling out the case management system, a digital record-keeping system that will bring all young people’s records into one system. External trainers came on site and continue to support staff through this process.

Over the summer months, the Oberstown summer school was a great success. The activities team ran 56 classes a day for on average 46 young people present on campus at any one time – a mammoth 270 classes a week. Activities ranged from yoga and fitness classes to football, cooking, textiles, alongside a deciders programme and a drug awareness programme.

During October, more than 20 of Oberstown’s stakeholders attended an on-site meeting to hear from Director of Oberstown Pat Bergin and Chair of the Board of Management Professor Ursula Kilkelly. The aims of the meeting were to share information about developments in Oberstown over the past year, to outline progress and challenges, and to seek stakeholders’ views on the future of the campus. Stakeholders were positive about the on-going visible progress in Oberstown and welcomed the openness and transparency around statistics and information.

Also during October a number of initiatives were held on Campus for Mental Health Week 2018. A healthy breakfast was served to all staff, and fruit baskets (see catering staff with baskets, right) were sent down to the residential units to encourage healthy eating, an important part of mental well-being. The new Employee Assistance Programme with Inspire Workplaces was also launched.

A HIQA inspection report published in October was a significant improvement on last year’s and reflects the on-going dedication and commitment of staff across all areas of the campus.

During November, Oberstown was awarded an Enterprise Risk Network Recognition Award, presented by the State Claims Agency. The health & safety team in Oberstown were finalists in two areas and on the night won the overall award for NIMS (National Incident Management System) incident reporting and investigating, while also coming in the top three for the Oberstown Corporate Risk Register.

In December, Oberstown published a one-year review of its Strategic Plan. The report presented an account of all of the milestones achieved under each strand of the plan during 2018 and set out the priority actions for 2019.

Find all of these stories and more in the monthly Oberstown newsletter. Past issues available here.

For media information and downloads please visit our Media Toolkit

We use cookies on our website to give you the most relevant experience by remembering your preferences and repeat visits. By clicking “Accept”, you consent to the use of ALL the cookies. However you may visit Cookie Settings to provide a controlled consent.
Cookie settingsACCEPT
Manage consent

Performance cookies are used to understand and analyze the key performance indexes of the website which helps in delivering a better user experience for the visitors.

Analytical cookies are used to understand how visitors interact with the website. These cookies help provide information on metrics the number of visitors, bounce rate, traffic source, etc.

Advertisement cookies are used to provide visitors with relevant ads and marketing campaigns. These cookies track visitors across websites and collect information to provide customized ads.

Other uncategorized cookies are those that are being analyzed and have not been classified into a category as yet.

Save & Accept
Powered by